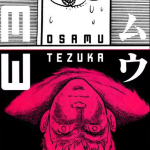 MW was published in Big Comic from 1976 to 1978. This was a few years after Tezuka’s own comics magazine, COM, folded in 1972. Serialisation began right after the end of Vietnam War in 1975. MW—the titular chemical—is a fictional counterpart of dioxin. Dioxin or Agent Orange was used by the US to launch a … END_OF_DOCUMENT_TOKEN_TO_BE_REPLACED